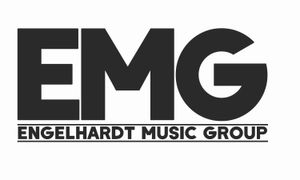 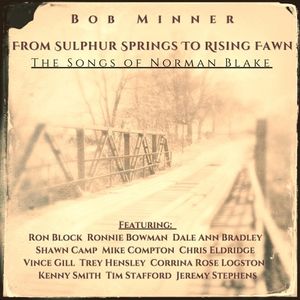 Engelhardt Music Group is excited to announce the release of guitarist Bob Minner's new album "From Sulphur Springs to Rising Fawn - The Songs of Norman Blake"!

The highly anticipated release of the new project from one of Nashville’s top-tier acoustic guitar pickers, Bob Minner, drops today. “From Sulpher Springs To Rising Fawn” is an outstanding collaborative tribute to the legendary Norman Blake.

Some may recognize Bob as the acoustic guitar player for country music superstar and actor, Tim McGraw. Others as a seasoned flatpick guitarist and accomplished bluegrass songwriter, having had his works recorded by such artists as Volume Five, Dailey & Vincent, Sideline, Blue Highway, Ronnie Bowman and more.

Raised in the bluegrass heavy region of Missouri, Minner started out young with a love for music and a desire to play and learn all he could. And by young, we mean his first guitar at age two. But it wasn't until he was twelve that his mind was opened to the musical stylings of the great Norman Blake.

“Norman Blake was my first influence on guitar, and I remember buying my first Blake album, Whiskey Before Breakfast, when I was 12 years old in 1978 with my own money. Now all these years later at 56 years old, it seemed fitting and about time to bring together some old and new friends and create this tribute project to the musical legacy of Norman and Nancy Blake. All of the collaborators brought such a fresh wind to the time-honored sails of these songs. I’m so excited to share this with the world and I hope it’s as enjoyable to listen to as it was to record.”
- Bob Minner

The full album is available at www.engelhardtmusicgroup.com and all Digital Retail & Streaming Outlets.