LOUISVILLE, KY - The talented and dynamic Kentucky duo of Adam and Aaron Bibelhauser are excited to release their lead single "Remember Me" from their forthcoming duet project Close Harmony, expected later this year. 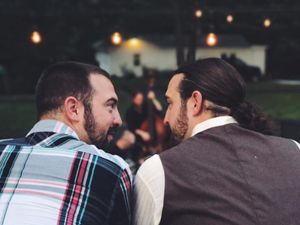 “Remember Me” became the Bailes Brothers theme song when playing live on the air, and was a perfect fit to become the debut single from the Bibelhauser Brothers duet record, “Close Harmony”.  Willie Nelson also cut the song on his famed “Red Headed Stranger” album, as well as Bluegrass Hall of Famers, Jim & Jesse McReynolds.   We hope you enjoy our rendering of this classic that I consider being both up-to-date, and down-to-earth." - Aaron

People often wonder about the similarities and differences that exist between a pair of identical twins. As far as music is concerned for the Bibelhauser Brothers, these two apples clearly fell from the same branch of the same tree and landed side by side. Adam and Aaron have spent decades making music together in Kentucky where they are from, dipping their toes into many different genres. The brothers have garnered legions of fans throughout the years with their band "Relic" and with other individual musical efforts as well.

A brothers duet project is something that has been a "tabled discussion" for a long time, and it was finally right for them to come together and create this exceptional project. An album like this comes along so very rarely and we hope that you treasure it the way we do.

"Remember Me" was written by Scott Wiseman, and the energy-infused arrangement will fill the listener with nostalgia and joy each time they hear it. The new single is available for download by radio programmers at AirPlay Direct, and from all popular online purchase and streaming distributors.