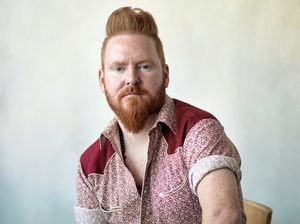 "I'm delighted to be working with Melanie and the good folks at Wilson Pickins Promotions, watch out for lots of news and happenings coming soon!" -Danny Burns

The Irish-born hitmaker has recently released his sophomore project with Bonfire Music Group, revealing hit singles like "Trouble" and "Hurricane," written by the multi talented guitarist, vocalist and singer-songwriter. With his new album, Hurricane, Danny Burns picks up right where the critically-acclaimed debut North Country left off. With its edgy production and compelling melodies, Danny soars beyond his own musical talents, also serving as writer and producer on the project.

The industry has been drawn to Burns since his first album, North Country, hit the airwaves, highlighting his signature sound and compelling material that is unlike anything else in the Roots music genre. North Country received international praise that found Danny capturing press and Airplay from every corner of Americana, Bluegrass and Country music, including CMT, No Depression, Rolling Stone, The Boot, American Songwriter, SiriusXM's Bluegrass Junction, Outlaw Country, The Village, and more.

With all of this going on, Danny Burns is wasting no time in preparing for the next chapter. He, like many others is bouncing back from time off the road during the pandemic, filling his calendar and completing pre-production for his next project. Burns is heading back into the studio this Fall to work on a brand new album for Bonfire Music Group that will feature a collection of his favorite traditional Bluegrass music, arranged and recorded with his unique style and world class production. Stay tuned for updates on a single release from this new project.

"The Wilson's have been a fan of Danny's for a very long time. He has such a rich, emotive sound, and his writing is so captivating. You can't not listen when he is performing or on the radio. We are looking so forward to this journey!" -Melanie Wilson

You can follow Danny Burns on social media or on his website to keep up with his tour dates and all the latest news!