Till The River Starts To Rise video from Eddie Sanders Posted on October 8, 2020 By John Lawless 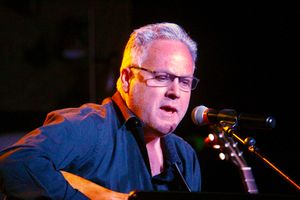 Engelhardt Music Group has released a new music video for their current single by Eddie Sanders, Till The River Starts To Rise.

The track is one Sanders wrote with Adam Engelhardt, inspired by steering his vehicle into a deluge while on the road, giving him the image of heartbreak tears falling like the pouring rain. Using an all-star Nashville group of super pickers, the song turns into a real driving grasser with Eddie’s voice out front.

The video was a home grown affair, filmed by Eddie’s daughter, Cacey Weber, back home in McAlester, OK where he was raised. It was produced by his publicist, Melanie Wilson of Wilson Pickins Promotions.

Till The River Starts To Rise is available now wherever you stream or download music online. Radio programmers can find it at AirPlay Direct.