As Y’all Like It from Aaron Bibelhauser and Kentucky Shakespeare Posted on September 11, 2020 By John Lawless 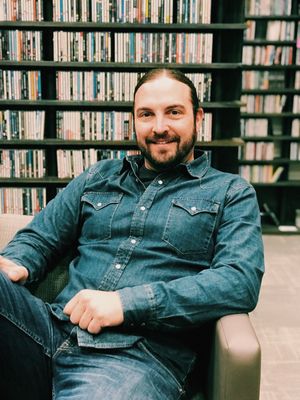 William Shakespeare’s seminal works of English literature still resonate with readers and theatergoers more than 400 years after his death. Translated into every imaginable language and reframed into countless new settings, Shakespeare’s plays find new audiences every year all over the world.

Tonight, Kentucky Shakespeare, the Official Shakespeare Festival of the Commonwealth of Kentucky, will be featured on Kentucky Educational Television with their 2019 adaptation of As You Like It, staged as taking place in the 1800s deep in the Bluegrass State. Also structured as a musical, the show includes new bluegrass songs written by Louisville songsmith Aaron Bibelhauser.

This novel interpretation was filmed last summer on the Kentucky Shakespeare Festival Stage in Louisville’s Central Park. It airs tonight (9/11) on KET at 7:00 p.m. (EDT).

Director Matt Wallace says that he is pleased to see his As You Like It airing across the state.

“We are excited by this new opportunity to reach Kentuckians throughout the state, further removing access barriers to art, thanks to KET. We set this production in 19th century Kentucky, as a celebration the Commonwealth. We certainly couldn’t have predicted how extra meaningful this production would be at this time, giving us the opportunity now to reminisce, laugh, and experience another beautiful Central Park evening together under the stars.”

Tune in tonight to catch this unique take on a classic comedy on any KET affiliate, or via live streaming online.

Also today, Bibelhauser is releasing an EP including his songs from the show, cleverly titled As Y’all Like It, available from the Kentucky Shakespeare web site. Aaron plays guitar banjo, and reso-guitar, and provides the lead vocals, with Michael Cleveland on fiddle and mandolin, and Chris Douglas on bass.

“I am so excited to share these new songs and even be so bold as to turn a few bluegrass fans into Shakespeare fans… and vice versa. It’s been an honor to work with all the talented folks at Kentucky Shakespeare, and to incorporate their mission and vision in the production of these recordings. I was initially dumbfounded with the opportunity to essentially, co-write songs with one of the most profound, timeless, and influential humans to ever scribble words on a page. Exploring Shakespeare’s universal truths is an immensely powerful experience, and has become a great source of inspiration for me. I want to extend a huge ‘thank you’ to Michael Cleveland, for his continued friendship and encouragement, and to Matt Wallace.”