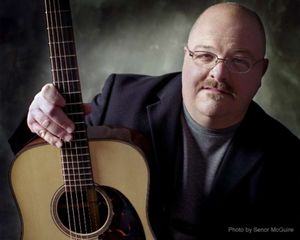 Pinecastle Records has announced the re-signing of noted bluegrass and Americana guitarist/vocalist Jim Hurst for his next solo project. At the same time, the label is re-releasing Jim’s 2001 record, Second Son, which featured an all-star cast of bluegrass pickers and singers.

Hurst is finishing up work now on a new album for Pinecastle, with a debut single coming in the next few weeks and the full release expected early next year.

Pinecastle CEO Ethan Burkhardt says that they are delighted to have Jim in the fold again.

“We’re beyond excited to welcome Jim Hurst back to Pinecastle Records. Over the years, he’s established himself as one of the premiere musicians in the bluegrass genre, and we’re ecstatic for everyone to hear the amazing music that he has coming up. The next chapter of Jim’s career is looking very bright, and we’re proud to be a part of it.”

Release dates for both the new project and the reissue will be announced soon. Radio programmers will find the tracks from Second Son available now at AirPlay Direct.